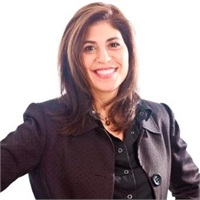 Ann Baker Ronn joined The AFP Group in 1991, and counts among her passions helping people achieve financial success, and making them laugh. She is proud to be a third generation member of the insurance and financial services profession. She earned the designation of LUTCF (Life Underwriter Training Council Fellow) in 1974.

Ann served on the board of NAIFA-Houston (National Association of Insurance and Financial Advisors) for seven years. During that time, she spearheaded the Lone Star Symposium, a spring event that brings top industry speakers to Houston. In 2015 Ann received the coveted John Neighbors Award. John Neighbors was the first Houston NAIFA member to serve as President of the National Association. This award recognizes a member who has served the Association, the membership, the industry and the community with distinction and special dedication. In 2007, Ann was a recipient of the Paul Mills Scholarship from the Foundation for Financial Service Professionals.

Ann regularly qualifies for the Million Dollar Round Table, as well as the prestigious Court of the Table. She has served on the MDRT Foundation’s Allocation Committee. Ann has proudly presented MDRT Foundation grants to three local charities, HomeAid Houston, Bel-Inizio and Kids Meals.

Ann is an advisor with the Ameritas group of companies. As such, Ann was asked, and served as a member of the prestigious Ameritas Field Advisory Cabinet. The cabinet consists of the top advisors within Ameritas and advises senior management on product design, service and systems.

Ann is a frequent industry speaker. She was part of a panel at the LIMRA Insurer’s Forum in Orlando, Florida in 2011. In February 2012, she was part of an professional panel at the Ameritas Disability Income Forum in Mobile, Alabama. In June of 2012 she spoke at the Million Dollar Round Table annual meeting held in Anaheim, California. In 2014 she shared her passion of Income Protection with NAIFA-Oklahoma City and NAIFA-Louisiana.

In 2013, Ann launched a new business, Income Protection Solutions, Inc. focusing on protecting people’s most valuable asset – their ability to go to work each day and earn a paycheck.

Ann is active with Hadassah, the world’s largest volunteer women’s organization, and is a graduate of Hadassah’s Leadership Academy, a three-year leadership training program in which women learn to become effective community leaders. She served as Pearl Group Co-President for a 3-year term and also served as Vice President of Programming. In 2012, Ann co-chaired Hadassah’s citywide fundraiser, bringing Elizabeth Smart to Houston. This event raised more funds and had more participants than any previous Hadassah annual fundraiser.

Ann is a strong supporter, advocate for and current Board Member of Camp Young Judaea, Texas and is co-chair of the Legacy Planning Team. Ann also serves on the Board of the Houston Jewish Community Foundation.

Ann enjoys spending time and traveling with her husband David, and daughters Gabrielle, Netanya and Ahava.