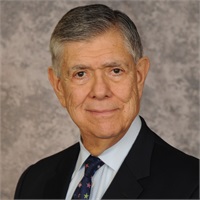 Mr. Gilbert J. Baker, CLU, ChFC, CFP, began his career in the insurance and financial services industry after attending the University of Baltimore and its law school. He joined Pacific Mutual Life, Houston, Texas, in 1957 and actively managed the office from 1964 to 1986. In 1986, he took over the management of Provident Mutual Houston office until his retirement from management in 2001. The AFP Group, Inc., was founded by Mr. Baker in 1969 and he serves as CEO and Chairman of the Board. He is also a general agent for Union Central Life.

Mr. Baker has conducted many educational seminars for business owners, accountants and other professionals. Creative uses of existing assets has particularly benefitted individuals seeking asset protection and return on investments compatible with risk assumed. Mr. Baker has particular experience in the areas of business and estate planning to achieve specific goals.

Mr. Baker has been extensively involved in community organizations as Chairman of the Development and Acceptance Committee for the Endowment Fund of the Jewish Federation of Greater Houston, Chairman of Israel Enterprise Co., Inc., of Tel Aviv and Houston, a member of the Jewish Federation Community Relations Committee, and a member of the Christian Jewish Committee for Israel. He serves on the board of the Jaffee Center for Strategic Studies, the State of Israel Bond Organization, is active on the Speakers Bureau of the Community Relations Committee and a member of the Houston Associates of Insurance and Financial Advisors.